Steeped in tradition while savvy to today's Marketing 3.0 disciplines. We provide a perfect combination of old-world experience with cutting edge technology.

As they say a picture is worth a thousand words. Below is a sneak peak at some of our work and the amazing Company We Keep. Together, The Best Make It Happen.

CEO, Stephen J. Dodds created Pro Cure Synergy Solutions in 2009. His vision being to bring together businesses and individuals on a global scale who share synergistic commonalities. Headquartered in Toronto Canada with offices in Orange County, CA USA and Xiamen China, PCSS specializes in all aspects of brand development, inclusive of creative, design, sourcing, manufacturing, logistics, marketing and sales.

We Lead By Example

Firstly, we’re no typical brokerage or run of the mill Consultant Agency, more often than not staffed with glorified retiree’s, whereby the client gets little more than an expensive middle man, paying large hourly fees based on billed hours versus real results.

PCSS Is Your Hands On Partner

Always striving to EXCEED CUSTOMER SATISFACTION, all PCSS fees and charges are task specific and performance related thus allowing the results to justify the value of services provided.

Simply stated, OUR COMMITMENT IS TOTAL in all that we do.

Who’s Job Is It 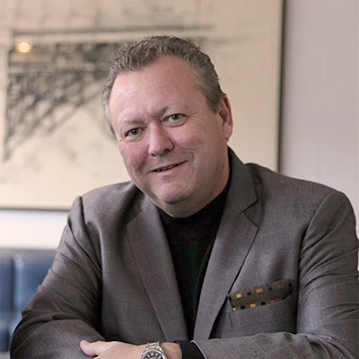 “Procure Synergy Solutions not only delivered on all of their promises, they totally exceeded our expectations, bar none. Doddsy and his team are #1 in my book. Our company is better because of them.“

“Steve and his team at Pro Cure Synergy Solutions not only deliver on their promises, they do so without compromise, always going that extra mile.”

“Dodds is a remarkably impassionate and talented wordsmith who seems in no way pretentious. He removes himself completely from his work leaving the reader infused with the untainted “witnessing” that Dodds seems to possess. His book is highly original and highly recommended. Dodds is a genuine talent.“

“Plain and simple No Mess would not exist today had it not been for the trust that Steve Dodds bestowed upon me. Steve not only helped me with desperately needed start up capitol he was instrumental in leading me through the mine field of launching a national brand. In short, Steve and Pro Cure helped…

“Before Steve created Pro Cure we had worked together for many years, always with great success. Once I heard that Steve ended his retirement I jumped at the opportunity to engage his services and not at all surprising we haven’t looked back. In fact, we now consider Steve as part of Feibing as he has…

“Steve Dodds is the real deal … we asked and just as promised, Steve delivered all and then some.“

We Love What We Do

Or as we like to say. WE THINK INSIDE OUT, LEAVING NO STONE UNTURNED.

Be it sourcing a product, in part or in whole, PCSS offers several solutions be it made domestically or Made in China.

PCSS have the people and the factories in place to handle all buying needs inclusive of our strong collective buying clout.

For larger endeavors PCSS draws upon our vast global resource relationships to deliver a win / win environment for all concerned.

We get a product into a system, ensureing the product gets through supply chain, on the shelf and most important into the shopping cart.

The World is Your Oyster

We believe that China is to manufacturing what Wal-Mart is to retail, a global giant with endless opportunities

With our roots in China we created Pro Cure China – a division of Pro Cure Synergy Solutions. Located in Xiamen, China PCC handles all “Asia Pacific” related business. With PCC we are “hands on” with all aspects of trade. China is also a great place to sell foreign name branded products. And, as China grows so does its middle and upper classes, all with an insatiable thirst for foreign made goods.

Let Us Help You To Improve Your Business

While efforts are appreciated and expected of any consultant, in the end it’s the results that count. We aim to please but we strive to astonish in all that we do.

Here are just a few examples of the creative that our PCSS design staff and artists have produced, as well as a list of customers and business allies we have been blessed to work with.
Go to Top

I received these sage words of wisdom early in my business career. I believe in them so much that I’ve kept the tradition going by passing them on to each new employee under our employ and to my business colleagues as well as to good friends and family. While the message within is blatantly obvious, it’s often the simplest of things that if missed, tip the apple cart.

Whose Job Is It … A Valuable Lesson

This is a little story about four unique people named Everybody, Somebody, Anybody, Nobody.

The result being, EVERYBODY blamed SOMEBODY because NOBODY did what ANYBODY could have and should have done.